To provide you with guidance so that we may all help one another, as we should have been doing all along.  This guidance can be used to help you get on the path that you were called for.

I grew up in a small town in New Jersey near a battlefield along the shore of the Delaware river. As far back as I can remember the house was haunted. Along with both of my parents, my siblings and I experienced strange and unusual things happening though out the house the entire time we lived there.

In fact we heard similar stories from other people on our block from their homes. After a while these things just became normal to us. Although we never felt threatened I knew deep inside we were different from everyone else we knew.

After moving from that house with my parents to Delaware, I thought things would be different. Not to long after moving into our new home, I knew things were the same, at least they were for me. I started seeing more things: smokey figures, shadow people, objects moving and constantly getting the goose bumps. Once, when I was 24 I came home late from being out with friends. I went upstairs and got into bed. When I had laid my head down on the pillow I felt someone else lay down next to me. Each time I got up to look around there was nothing there. This happened four times. By the fifth time when I put my head down, something picked the blanket up off of me and shook it above me. I couldn’t speak, yell or even scream. I felt like I was frozen. Then the blanket fell back on me. I immediately got up from the bed and went down stairs. From that point on, I slept on the sofa for two years.

I then moved into another bedroom. But by then, I was used to seeing strange things throughout the house. When I talked to my parents about it, they said nothing was happening to them. It was just me at the point. Both my brothers and sister still lived in New Jersey. I had spoken to them all, but only my sister was seeing things. I had always thought my sister was more intuitive than I was, but I was glad I could share my experiences with her.

I eventually moved out and got married. But each time I moved I would see things. It was as though every house was haunted. I would sorta laugh to myself think, how did I get so lucky, Not!

It wasn’t til later in life I met my now wife. We moved in together while dating. We both knew we were meant for each other and this was it. While still seeing things at this point in my life, I just thought it was my normal. Then my wife went on a trip, while she was away I began to see more things going on in the house than I had ever seen in my entire life. When she got back I knew I had to tell her. When I broke my silence with her, she revealed to me that she has seen some things too. Exhale, I knew I could spill the whole pot of beans so to speak.

Things were really progressing around my 50th birthday. We set up cameras in the house to try and catch what was happening, but each time they would turn off. So we sought out mediums and paranormal groups. One group came over and did an investigation with much success with evidence, but still I felt i didn’t get out of it what I needed. I knew I had spirits in my house. What I wanted to know is why.

So I went the other route. I talked a few different mediums and met with one while she was doing a show. I didn’t tell her we were coming, I just wanted to witness how things worked. As we sat in the audience, eight people got read that night out of fifty. I was the second one. The spirit that came through was my dad. Everything she described I knew she could not of known, especially when she asked about Sarah, the one who had to make the big decision to pull the plug. My dad had fallen and was in the hospital. His brain stem had moved due to blunt force drama. Sarah was my mom’s middle name, it was her decision to pull the plus so my dad could pass. He was already brain dead. He told that name to the medium so that I would know it was him, being that I knew her middle name. I knew right then that this was real. The rest of the reading was awesome.

When I introduced myself afterwards, she said,  Oh, Daniel, I spoke with you on the phone. She then told me why I was seeing everything. She said, I am a beacon of light, all spirit see my bright light and energy. They( spirit ) are coming to see you. Each and every medium I spoke to after that told me the same thing with a little more info each time. Although one asked, did they ever try to hurt you, I said, no.

It has now been over a year and a half since the beginning of my new journey. I was told by the mediums that spirit believe that I’m the light into heaven and spirit want me to help them. So with some help through advice from other mediums, I now know that I am a medium.

Not only do I see spirit all day and night, but I also see and communicate with my guides. They touch me for Yes and No answers, but they also put messages and feelings into me. One of my gifts is crossing spirit into the light, using my light. I have come to find out with the help of my guides that I am the light into heaven. One of my other gifts is, when people ask me questions, my guides give me the answers, and I pass that along. I know that my job as a medium is to not only help people, but to teach them to understand what life is all about, along with helping spirit to move on. 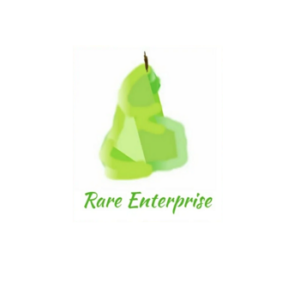 To really choose your reality you must have the right tools to facilitate it correctly. The Rare Enterprise has amazing CBD infused products to help choose your reality when it comes to your skin, emotional and mental stress. Use BTV20 to get a discount on these amazing products.